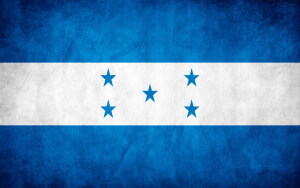 Mr. Leo Alfonso Allen, Sr. was born to Gustavious and Francis Allen on January 20, 1938.  Leo was born in Roatán, Honduras in Central America, and was of the Methodist faith.  As a young man, he moved to Bronx, NY and later resided in Tabor City, NC.  In December of 2021, he moved to Moore, SC to live with his daughter until his transition.  He was a gifted carpenter who loved to craft and restore furniture and build houses.  He was also a Manson with the M. W.  Hiram Lodge in Harlem, NY.  Some of his other joys were being outdoors, gardening, fishing, and listening to old school R&B and Mariachi bands. Mr. Allen also enjoyed cooking.  He was a kind and generous person, who would cook the fish he’d caught and feed people in the community.  Leo often sent clothing and other items to his homeland in Honduras.  He even cooked for his four dogs.

On May 8, 2022, Leo Alfonso Allen, Sr. was summoned to his heavenly homeland to dwell forever.

To send flowers to the family or plant a tree in memory of Leo Alfonso Allen, please visit our floral store.

A Memorial Tree was planted for Leo